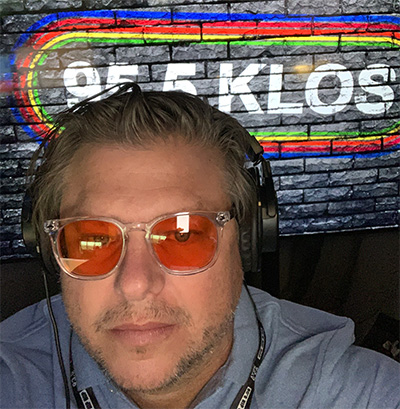 Fort Worth, Texas born and bred, alum of Arlington High school and SMU. Holds a degree in psychology but remains possessed of an indomitable entrepreneurial streak (not to mention a sharp wit that can get him into trouble on a regular job, so self-employment works out well for everyone.)

This Ain’t No Foolin’ Around

During a remote radio broadcast from Wolfe Chevrolet in Vernon, Texas back in 2004, John Clay Wolfe coaxed the mic away from the DJ and offered to bid a listener’s car live on the air, and something sparked. The station’s phone lines immediately filled up, the Chevy store’s phone lines immediately filled up, and JCW knew he was onto something special.

Naysayers said, “You can’t do that! It’s false advertising!” – but what they didn’t realize is that JCW had been a top car wholesaler since 1997. This wasn’t some gimmick, and he wasn’t blowing smoke. JCW seriously and fully expected to buy the listeners’ cars per their oral agreement on the air, just like he’d done thousands of times over phone calls with dealers in the trade.

New Format on the Block

Pioneering this new way to transact business in that very moment, JCW decided to make a show out of it - literally. He convinced Lindy Parr of Cumulus Media to give him a Saturday morning time slot. JCW had no radio experience, so to make this idea a reality he had to conquer the art of being a radio performer who could maintain listeners’ attention. In preparation for this hopeful new career vision, JCW poured his time into listening to the best radio broadcasters he knew of, studying their various styles and trying to identify what made them special. These initial influences included Rush Limbaugh, Kidd Kraddick, Howard Stern, Collin Cowherd, and a slew of comedians (Dave Chapelle, Eddie Murphy, Richard Pryor, Robin Williams, and Chris Rock).

JCW said, “The idea was to take Cowherd’s pacing, blend in Stern’s conversational flow, add a splash of Limbaugh’s punch delivery, and then combine it all with comedic exchanges between co-hosts and callers.” New format formula in mind, in 2006 JCW began broadcasting a weekday Noon-hour slot from a small Texas town – solo, and without cars or callers. After two years of “the Nooner” and broadcasting the Saturday car show (then called The Real Deal with JCW), he gained confidence broadcasting both concepts and was ready to expand.

Along the way, JCW joined forces with longtime DFW radio pro JD Ryan, impersonation specialist extraordinaire Bobby Brown (aka Bobbo), and longtime producer from DFW’s 1310 Mike Turley. His format perfected (did you doubt??), the John Clay Wolfe Show is now syndicated on some of the highest rated Rock, Country, and Sports stations in top markets across the land, and has become a staple of Saturday morning listening for people who enjoy snarky, off-the-cuff entertainment.

JCW says, “We are Saturday morning cartoons for adults - it’s an SNL-ish show full of bits, skits, impersonations, and great music. However, you can also sell your car by calling in to 800-800-RADIO.”

Callers beware, however - when you go on air with JCW, you have completely opened yourself to humiliation and personal questions, and can definitely expect to become part of the show. JCW’s priority #1 is to entertain his audience, so don’t get your feelings hurt if your car call turns into content for JCW’s Saturday morning audience of a half million listeners. It just might turn into your 15 minutes of fame! 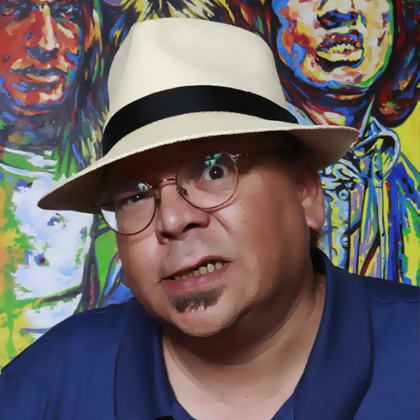 Born in Waco, Texas and reshuffled almost immediately to his lifelong hometown of Bowie. Bobby grew up as the product of a true "nuclear family”, and given that Bowie, Texas culture was (and still pretty much is) about twenty years behind the rest of the nation, his childhood in the seventies probably more closely resembled that of bigger-town kids from the fifties - think Beaver Cleaver with access to HBO and Mountain Dew.

Music was always a huge influence on young Bobbo: due to his father's lifelong involvement in various bands and stage shows (playing mandolin and guitar, and focusing on tournament Texas fiddle and steel guitar in later years), some of his earliest childhood experiences involved massive get-togethers of acoustic musicians "jamming" away on virtually every Saturday night of his young life.

On the other hand, his mother - a devoted fan of Motown and early English "mod" Pop groups like the Beatles and the Bee Gees - formed some of his first memories of recorded music.

The Edge of Seventeen

He first worked in radio the at the age of seventeen on his hometown FM station, K-BAN (later KRJT); after graduation from BHS followed by completion of courses at the Columbia School of Broadcasting in Dallas, he worked in various markets and stations, over time becoming known both on and off the air by his familiar name, "Uncle Bobbo" (a name bestowed by his niece, Leigha, who could not quite pronounce the name "Bobby").

Twenty-five years later, and after half-a-dozen or so jobs in the ever-changing commercial broadcast field, Bobbo returned to his hometown station, the place where it all began – but now, he found a station with an immense library of "classic" Rock and Pop oldies, from the Doobie Brothers and Steely Dan to the Eagles, the Beatles, and more.

Latest reports indicate that old Uncle Bobbo is very much enjoying being immersed in styles of music dating back at least twenty years or so – think The Wonder Years with access to smartphones and Diet Mountain Dew. 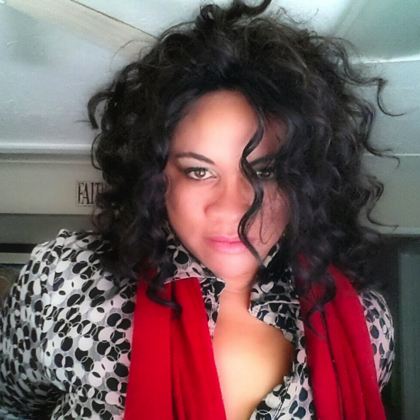 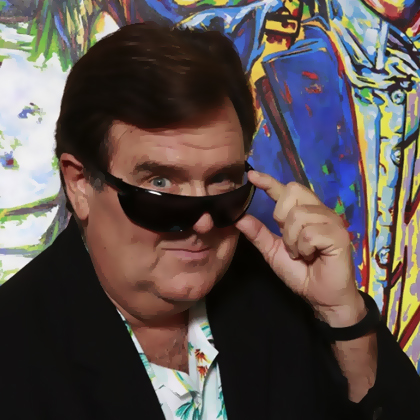 Born in Fort Worth, Texas, reared in Dallas, and graduated from Richardson High School. J.D. always dreamed of becoming a pilot, and after he soloed a glider at the tender age of fourteen, he was hooked. He went on to earn his private pilot license at seventeen, the earliest age allowed.

His love and passion for aviation became equaled only by his desire to be a radio broadcaster. While earning his degree in Aviation Technology at Central Missouri State University, J.D. landed a weeknight job on 1450 AM KOKO radio, and knew which of the two to follow.

On the Air, Instead of In It

Returning to Dallas/Fort Worth after graduation, J.D. immediately sought a position in radio, finding his first with Terry Dorsey on 99.5 KPLX. From there his broadcasting career would take him to top-rated stations and shows for the next thirty years. These stations read like a Who’s Who of Dallas/Fort Worth radio history, including KEGL, KVIL, KSCS, KRLD-FM, and KRLD-AM to mention a few.

When CBS changed its format to sports in 2009, J.D. remained at CBS and moved to KRLD-AM, become its Around Town reporter.

Around Town has now expanded to Texas Road Trippin’, a weekly look at the fun people, places, and things to see in the Lone Star State! Texas Road Trippin’ is heard weekly on News Radio 1080 KRLD in Dallas, as well as on stations along the Texas State Network.

Born in Rockville, Connecticut but raised on the mean streets of the south side of Grand Prairie, Texas. After displaying amazing skills at producing radio and TV content at South Grand Prairie High School and the University of North Texas, Mike took his talents to Sports Radio 1310 - The Ticket in 2001.

While at The Ticket he discovered he was also amazingly skilled at making honey out of dog poop. He quickly went from intern running coffee errands, to reporter covering the Dallas Cowboys, Mavericks, Stars, and Rangers, to producer steering several shows including the BaD Radio Show and the Wild Ass Circus.

After his 6-year stint with Sports Radio 1310 - The Ticket, Mike took his talents to 105.3 FM while continuing to produce the Wild Ass Circus. In 2010, John Clay Wolfe spotted his rare brand of awesomeness and hired him, so Mike is in the honey-making business every day! 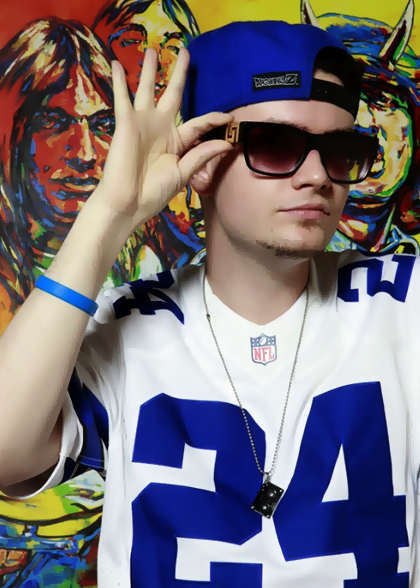 Raised on the streets of Azle, TX, our call screener and assistant producer DJ Pre-K is the definition of SWAG. As a teenager he wrote rhymes and made mixtapes for his homies so he decided to pursue a career in broadcasting. After graduating from Tarrant County College, he landed a gig as an intern for the John Clay Wolfe show and they thought he was such a character, they asked him to stick around, saving him from his job of blowing up balloons at Party City.

In his free time he enjoys ballin', pimpin' and celebrating Snoop Dogg's legacy. DJ Pre-K has released over 10 albums worth of dirty rap songs and countless mixtapes under his Smash Squad imprint. Tune in on Saturday mornings and you might just hear his latest JAM!